Toilet is a inseparable thing just like air to us. But in many countries, it is a luxurious daily use.

Lack of sewage treatment facilities, there are 1.5 million children die every year because of health pollution. Today, a group of scientists are to solve this problem by designing new toilet. 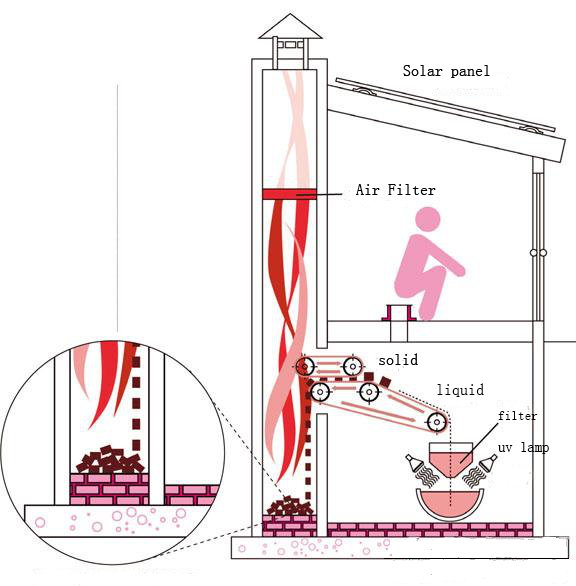 Professor Jason works at the University of Western Ontario, Canada mainly studies environmental engineering. He said that he had been studying soil recovery techniques, some scholars from University of Toronto and the University of Queensland came to invite him to join new toilet sale Toronto Canada design. This toilet design project is subsidized by Gates Foundation with one simple goal that is to design a new kind of toilet for the third world countries lacing infrastructure. This new toilet need not water pipe, municipal sewage pipes, electricity and spent less than 5 cents a day.

In the view of professor Jason, Toronto and Queensland colleagues’idea was great. They want adopt traditional squat toilets. After the excreta falling in, the dirt will fall on the inclined conveyor. All material liquid flowing down the slope beneath the sand bed, the sand will filtering out dirt over 10 microns large that is to say the parasites and eggs will all be filtered out.The filtered water then falls into the shallow groove, by a lamp power of 5 watts powered by solar ultraviolet light to remove all the bacteria in a few minutes. As for solid excrement, it will be transported by conveyor belt to the other end of the process.

“However, it is not easy. sand bed will begin to clog if filtration water accumulated to a certain amount. For solving this problem, we add an automatic device, timely to fliter the sand to the left side of the solid dirt and then mix with them. " Then, another group of transmission system will compress the mixture and remove the water.

The most troublesome issue is how to deal with the solid contaminants. According to the project requirement, all contaminants must be sterilized within 24 hours. That is to say, by the biochemical approach is too late, and utilize the sewage pipes connected to a unified pool of practice is also not allowed.

’can be added into this experience. The principle of this method is like charcoal burning.Just a little accelerate, solid dirt can smolder up inside the organic matter and oxygen can be completely converted into water, carbon dioxide and heat.

This new kind of toilet will be put into practice in December this year and will be promoted first in Bangladesh.