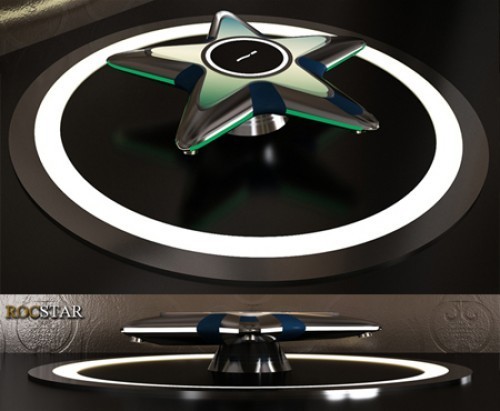 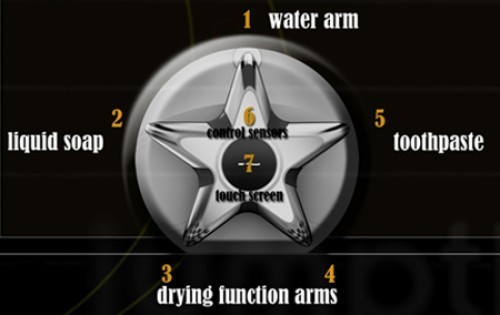 This five-pointed star sink faucet was designed by Hany Mansour. The five heads are respectively a outlet for water, a outlet for hand sanitizer, a outlet for toothpaste and two dryers. There is a touch control set on the top, you can adjust some settings like water temperature. 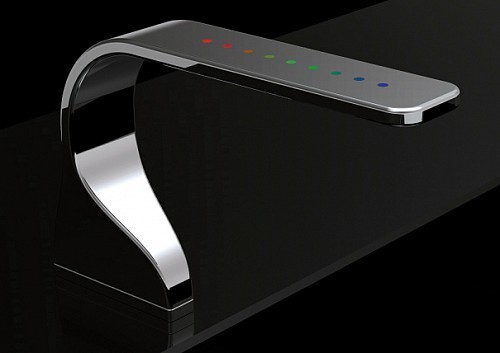 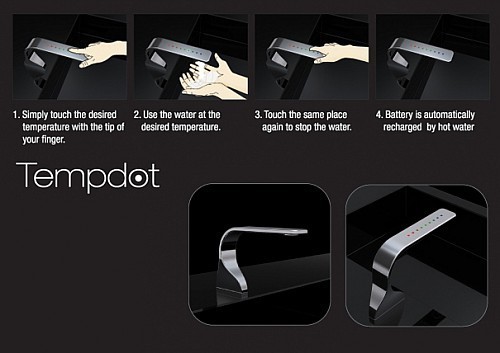 The dots sink faucet designed by designers Jaeseok Han was used gradual color dots to tell the users the different touch switches corresponding different water temperature iconically and clearly. You can touch the dot standing for the temperature you desire to use the water at this temperature and can touch the same dot again to stop the water. 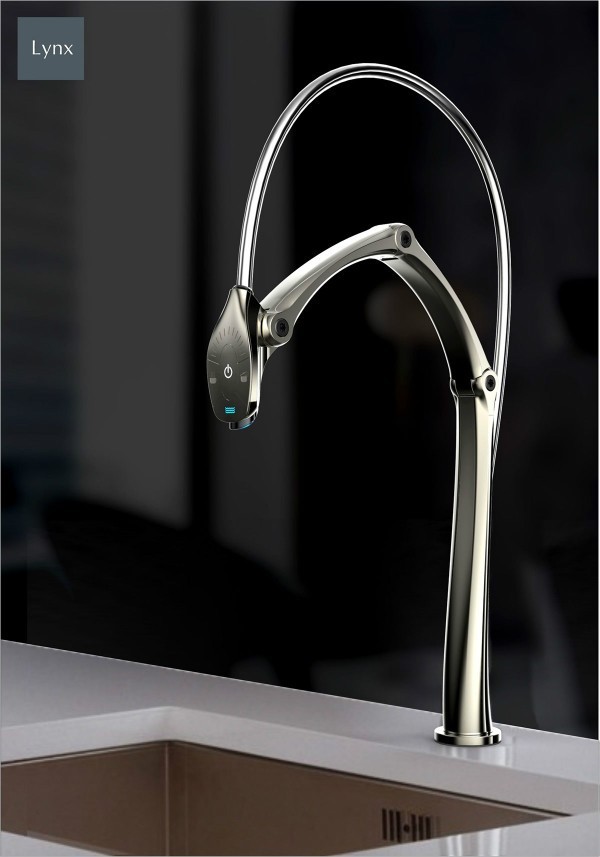 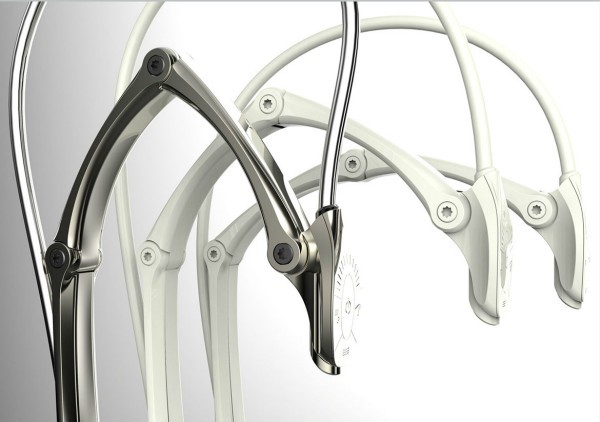 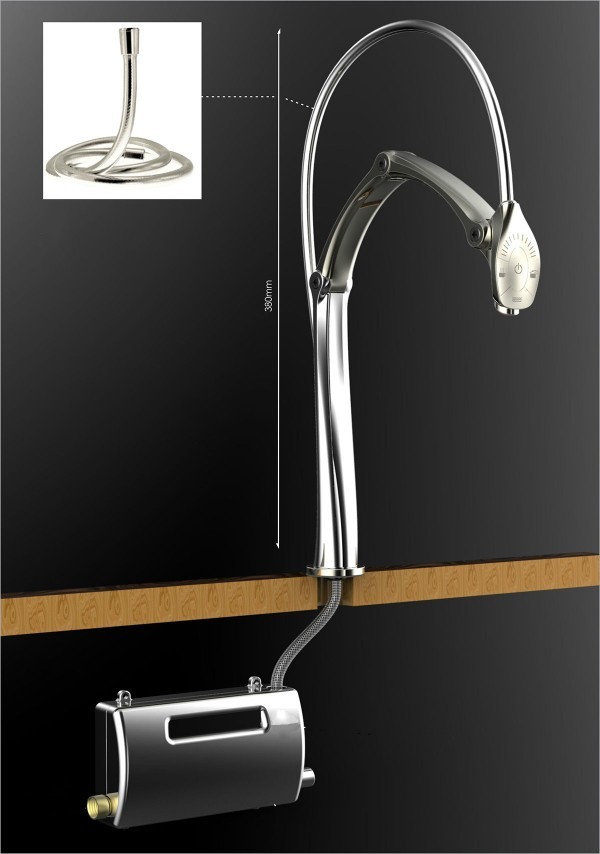 Designer Murray Sharp developed a smart sink faucet called Lynx with his team together. The reason why the name is called lynx is because of the special nature of this animal. Lynx belonging to felid has great agility and flexibility, which is the original intention of the design of this faucet.

The sink faucet is equipped with smart touch system. There are three small buttons around the on-off key respectively representing cold water, hot water and boiling water. In other words, whether you would like to cook, to drink or to do anything else, you do not need to boil or cool down water. You just need to open the faucet directly, and the water will flow out at the desired temperature. There is a controller below the sink faucet to process the water according to the instructions. And the most advanced technology of the cotroller is induction heating.